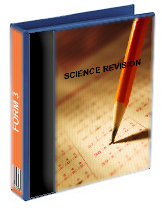 Why do you need to breathe?
- To live
- To get energy
All the cells in your body require oxygen. Without it, they couldn't move, build, reproduce, and turn food into energy. In fact, without oxygen, they and you would die! Breaking of glucose with the present of oxygen to produce carbon dioxide and water and energy is something tested in PMR exams.

How do you get oxygen? From breathing in air which your blood circulates to all parts of the body.

How do you breathe?
You breathe with the help of your diaphragm and other muscles in your chest and abdomen. These muscles literally change the space and pressure inside your body to accomodate breathing. When your diaphragm pulls down, it not only leaves more space for the lungs to expand but also lowers the internal air pressure. Outside, where the air pressure is greater, you suck in air in an inhale. The air then expands your lungs like a pair of balloons. When your diaphragm relaxes, the cavity inside your body gets smaller again. Your muscles squeeze your rib cage and your lungs begin to collapse as the air is pushed up and out your body in an exhale.

So, it all starts at the nose?
Yup. About 20 times a minute, you breathe in. When you do, you inhale air and pass it through your nasal passages where the air is filtered, heated, moistened and enters the back of the throat. Interestingly enough, it's the esophagus or foodpipe which is located at the back of the throat and the windpipe for air which is located at the front. When we eat, a flap -- the epiglottis -- flops down to cover the windpipe so that food doesn't go down the windpipe.

So -- back to breathing -- the air has a long journey to get to your lungs. It flows down through the windpipe, past the voice box or vocal cords, to where the lowermost ribs meet the center of your chest. There, your windpipe divides into two tubes which lead to the two lungs which fill most of your ribcage. Inside each of your sponge-like lungs, tubes, called bronchi, branch into even smaller tubes much like the branches of a tree. At the end of these tubes are millions of tiny bubbles or sacs called aleoli. Spread out flat, all the air sacs in the lungs of an adult would cover an area about the third of a tennis court.

What do these sacs do?
They help perform an incredible magic act. Your air sacs bring new oxygen from air you've breathed to your bloodstream. They exchange it for waste products, like carbon dioxide, which the cells in your body have made and can't use.

How does this exchange work?
With the help of the red blood cells in your bloodstream. Your red blood cells are like box cars on train tracks. They show up at the sacs at just the right time, ready to trade in old carbon dioxide that your body's cells have made for some new oxygen you've just breathed in. In the process, these red blood cells turn from purple to that beautiful red color as they start carrying the oxygen to all the cells in your body.

But what happens to the carbon dioxide?
It goes through the lungs, back up your windpipe and out with every exhale. It's a remarkable feat, this chemical exchange and breathing in and out. You don't have to tell your lungs to keep working. Your brain does it automatically for you.

Factoids
Your lungs contain almost 1500 miles of airways and over 300 million alveoli.
Every minute you breathe in 13 pints of air.
Plants are our partners in breathing. We breathe in air, use the oxygen in it, and release carbon dioxide. Plants take in carbon dioxide and release oxygen. Thank goodness!
People tend to get more colds in the winter because we're indoors more often and in close proximity to other people. When people sneeze, cough and even breathe -- germs go flying!

This must be memorized by students
a) 5 steps during inhalation and exhalation
b) Structure of lungs which consists of nasal cavity, trachea, bronchus, bronchioles and alveolus.

5 steps in inhalation
a) external intercostal muscles contract while internal set relaxes.
b) Diaphragm contracts and flatten
c) Ribs cages moves upwards and outwards. This increase volume of thoracic cavity and decreasing the pressure.
d) Pressure in lungs is lower than the atmospheric pressure.
e) Air from outside enters the lungs

1 nose
A nose is a nose is a nose. Smelling, tasting and breathing all start here. The size, location, mucous lining and tiny hairs (cilia) inside help prevent foreign objects to enter and to trap large air impurities before being drawn further into the respiratory system. Achooo! Out with the bad... bugs and carbon dioxide.

2 mouth
Mouth breathing can also be remembered as 'the big gulp', or 'plan 'B'' for air entry. Like the nose, it has many functions. It is the starting point of the digestive system as well as a secondary inhaler and exhaler.

3 larynx
The larynx has three main functions: 1) a passageway for air, 2) a valve to close off the air passage from the digestive one (the epiglottis) like a hinged trap door, and 3) as a voice box.
This is only for information and will not be testing in PMR

4 lung
The lungs are the essential organs of respiration. The main function of the lungs is to exchange carbon dioxide for oxygen and vice versa. Each lung is enclosed separately within two membranes, like a balloon inside a bag inside a bag.

5 right bronchus ^^ There are 2 main bronchi (Latin plural of bronchus): the right and left, each leading to a lung. If you accidentally breathe, or aspirate, a very small piece of food that gets past the trachea, it is most likely to fall and be pulled into the right main bronchus. If a peanut gets this far, what do you think could happen?

6 diaphragm This muscular structure acts as a floor to the chest (thoracic) cavity as well as a roof to the abdomen. It helps to expand and contract the lungs, forcing air into and out of them.

7 pharynx* The pharynx is shared with the digestive system from the tongue down to the epiglottis. Food goes on down the esophagus and air passes on through the trachea - but never both at the same time!

8 trachea* ^^ This armored tube allows air to pass beyond the larynx to where it divides into the left and right bronchi. The protective 'c's of cartilage also provide protection to the digestive system's esophagus right behind it.

9 left bronchus ^^ The left one has a sharper bend due to the presence of the heart and major blood vessels directly underneath it.

10 bronchiole ^^ Each bronchus divides and subdivides into smaller and smaller branches, the bronchioles, just like tree branches that get smaller as they grow up and out. By the time the air has reached here from outside, it has been warmed up to body temperature, filtered and moisturized.

11 alveoli These tiny air cells, or sacs, are the 'leaves' of our respiratory tree. They resemble bunches of grapes and are the link between the respiratory and circulatory systems. Gas exchange happens here - I'll trade you fresh oxygen (O2) for your used carbon dioxide (CO2). Now trace the route of the old air back out to the nose.

* throat The throat includes all the structures lying in front of the spinal column including the mouth, tongue, pharynx, tonsils, larynx and trachea.
* trachea, bronchi and bronchioles These three portions of our airways also have rings of muscle along their length as well as glands lining them. These glands produce mucous that traps particles of dirt. Eventually, this sticky stuff and its trapped dirt are coughed up and cleared out. With asthma, these sensitive muscles tighten, making all the airways smaller and more difficult to breath through, and excessive mucus is produced, sometimes flooding the airways.

Harmful Substances to Respiratory System
1) Tar - present in cigaratte
2) Nicotine - addiction to smoking
3) CO - reduces the oxygen -carrying power of blood
4) SO - corrodes the walls of the air passage.
5) Asbestos dust - breathing difficulty. It is carcinogen and cause lung cancer
6) Toxis - cause pneumonia and tuberculosis
7) Haze - cause throat irritation, inflammation of the respiratoryh tract and breathing difficulties
at December 31, 2012

VERY USEFUL! Was looking for revision notes like this and this is so helpful >< tysm

Get The Latest Update From This Blog:Subscribe Now